dickmedd on Monday, 13 September 2010. Posted in Retro Game of the Week

Editor's Note: The Shenmue games have always struck me as emblematic of Sega's downfall. Full of outrageous ambition and short-sightedness, yet charming, beautiful, and magical. The video game industry lost something special the day the Dreamcast died, and it was more than just the conclusion to this epic story. Read this for a trip back to a time when Sega made games like no-one else, and we loved them for it. -mossy_11

Prepare to step into another world. A world where shopkeepers and traders get up early to ply their trade, ladies step out of their front gate to sweep away the fallen leaves and gossip, young men kneel polishing their motorbikes, and old men go to the park to sit thoughtfully or practice Tai Chi. This is a world in which the sun rises and sets, skies aren't always clear, and, on a snowy day, you might witness the murder of your father at the hands of a mysterious man in long Chinese robes. You've just entered the fantastically vivid world of Yu Suzuki's Shenmue!

The Shenmue series puts you in control of Ryo Hazuki, a young and honest son of a martial arts master, fresh out of school and well-known in his neighbourhood. The game can best be described as an amalgamation of the free-roaming RPG, beat-'em-up, and point-and-click adventure genres, and it weaves a fantastic and immersive tale of revenge, mystery, and Kung Fu. The world in which Ryo is situated features a great host of diverse characters, ranging from petty criminals to wise masters; hotdog salesmen to dock workers -- all of whom are depicted in detailed visuals with unique and individual voices and actions.

The game begins with a cutscene showing Ryo's father, Sensei Iwao Hazuki, being killed at the family home amidst perplexing talk of mirrors and unknown names. This leads to Ryo playing the role of both private investigator and avenger of his father's death as you are left to explore to Ryo's hometown, questioning locals about the events of that fateful day.

The gameplay is separated into several different modes but gels well into an overall unified experience. Most of your time is spent wandering around and exploring the area around Ryo's home. You discover more information about your quest from a mixture of people Ryo already knows and new faces, either by knocking on their doors, catching them in the park, visiting their workplaces, or approaching them in bars. Often you'll be told to visit a certain person in a particular shop and be halfway there before glancing at your watch and realising the shop will have already closed -- you may even spot them cycling home. If you're unfortunate enough to miss out on one potential lead or don't get enough information, you'll sometimes find an alternative thread of clues from someone else, such as when you're trying to find someone who is able translate some Chinese text for you.

When in the quest mode, you are pretty much free to go wherever you please, asking people questions, examining areas and, more often than not, getting into trouble. Though the game is initially daunting, with its large and open scale, its beauty comes through in your own freely dictated pace. Players can take as much or as little time as they please to explore the finely crafted world that surrounds them. There's plenty you'll miss on your first play through. The level of detail in the game, while not completely-lifelike, certainly lives up to the extremely high production costs and the ambitions of its creators. It is remarkably easy to become entirely immersed and start living by Ryo's watch.

The storyline is straightforward yet engrossing enough to get you wrapped up in lives of Ryo and his friends. Ryo keeps track of all his encounters and discoveries in the notebook he carries, allowing you to go back and refresh your memory of earlier events in the game or remind yourself of the current objectives. As mentioned before, there's a real sense you can take the game at your own pace, which makes for a very personal experience. The manual even encourages players not to try to speed through the game but instead appreciate and soak up the world around them -- perhaps something to do with the game's development costs being estimated at $70 million! The world of both games in the series certainly has an intoxicating effect on the player, the clever dynamic weather system adds to a sense of reality and the comings and goings of the town's inhabitants can occasionally distract you from your quest. There are plenty of Japanese cultural examples knocking around too, as well as reminders of the game's 1986 context (if you check in Ryo's desk drawers you'll find a Master System manual).

When you inevitably find yourself in a spot of trouble on your travels, you'll more than likely be thrown into a Quick Time Event (QTE). In this mode you are prompted to push buttons or a button combination in order to interact with a cinematic sequence. Luckily, an incorrect or slow button press does not always result in failure, with counter events following such as picking yourself off the floor to continue a chase or shaking off a punch to return a blow. Generally, these sequences feel very satisfying -- if sometimes a little frustrating. (Beware of setting down your controller!)

The other main mode of gameplay is the fighting mode. This covers the beat-'em-up element of the game, and lets you move Ryo around a set fighting area, usually against multiple enemies. Extra moves are gained either by learning from other martial artists or acquiring scrolls that teach Ryo more complex and powerful moves.

More modes appear throughout the two games. For instance, Ryo often needs some financial support on his quest, so you must find ways to earn money. Moneymaking in the series varies from moving crates around by hand or in a forklift truck, running a gambling stall or gambling yourself, even collecting and selling collectible figures! Not all your hard-earned cash has to go on storyline dictated objectives, however. Ryo can buy a can of something for himself or a friend, look after a stray cat, or -- best of all -- go to the arcade to play full versions of Sega classics including Hang On, Outrun, After Burner, and Space Harrier.

Yes, you can work as a forklift driver. Really, you can -- for hours at a time.

There are a few things the series could be criticised for, principally in the English dubbing. It's fantastic that so many characters have their own voices and have plenty to say, but the rigidity of their speech in both instalments can be jarring. If you cannot cope, there's an option to use just subtitles, but the game can end up feeling a little too quiet for it. Other down points can be found in the occasionally frustrating controls, although once you adjust to them they are in no way inhibiting. The level of freedom is pretty vast and the number of objects you can examine and explore is quite remarkable -- remember that this is a couple of years before Grand Theft Auto III -- but there are boundaries still in place that will no doubt annoy modern players. Speaking of boundaries, the lack of choice in what Ryo is able to say and how he acts is frustrating: you control where he goes, what he does, and how well he moves and fights, but not how naive and dense he sometimes is -- just keep that in mind when you hand over large sums of money to strangers. It's easy for modern gamers who have experienced a decade's worth of games since Shenmue to bring the game down on these points, but it would be harder to deny its unique character, charm, and many idiosyncrasies that make the series so enjoyable.

The game evolves pretty well over the series, with some good additions in the sequel that increase comfort and freedom whilst maintaining the style of the original. Shenmue II feels like more of an extension of the first game than a complete redesign. The environments of the sequel feel much larger and there is more exploring to do, but it has a less homely feel.

Shenmue II looks and feels a lot like its predecessor, only bigger.

One final warning about the game: enjoy it while it lasts. You may not think it now but by the end of Shenmue II you will be hammering your fist down in anger that the series has been allowed to hang in the air for the last nine years with no Shenmue III -- at least not in any available form. A good resource for information on the discontinued game, as well as the rest of the series, can be found at shenmuedojo.net, a site well worth checking out.

Unfortunately, unless you've seen any full-speed Dreamcast or Xbox emulators for OS X knocking about, you won't be able to play these games on your Mac. If you've got either of these systems then they come highly recommended. If you don't have the systems, check eBay or in local second-hand games shops, I can usually find them for less than £20 nowadays!

– Shenmue: The Movie DVD, released in Japan then bundled with the Xbox port of Shenmue II. Available English dialogue; 90 minute compilation of scenes from Shenmue allowing newcomers to the series beginning with the sequel to witness events of the original (honestly pretty boring if you haven't played the original).

– Xbox DVD, port of the Dreamcast version, improved graphics and sound plus snapshot feature, available with English dialogue and text.

Did you ever get to play Shenmue? What's your take on the insane ambition of Yu Suzuki's masterpiece? Can the series hold up to scrutiny today, or is it an odd relic of generations past? And are you pining for the return of Sega to its previous glory? Let us know your thoughts in the comments. 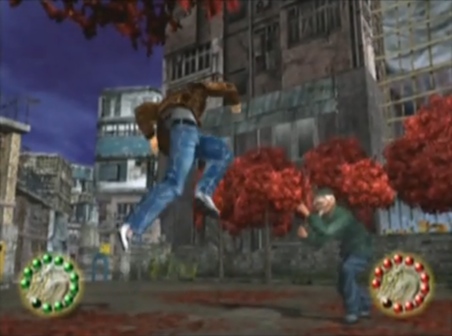 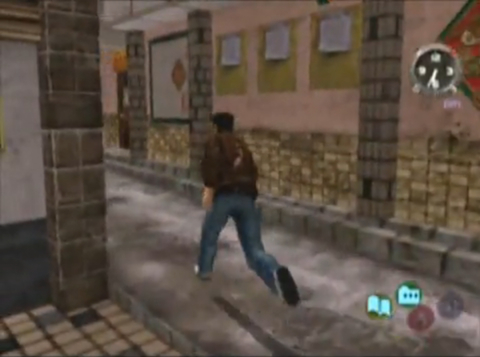 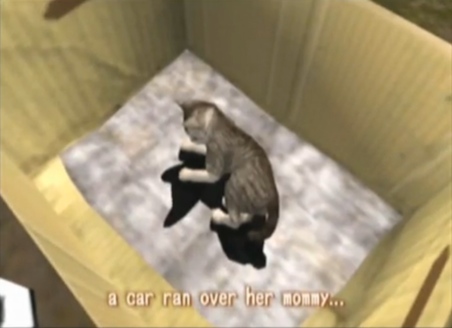 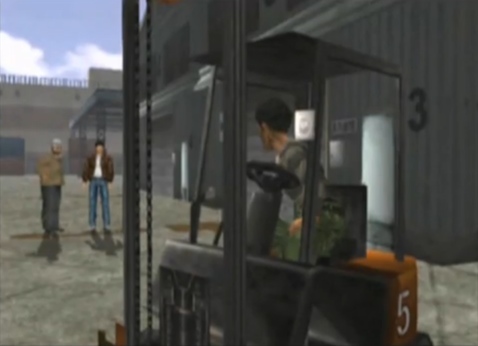 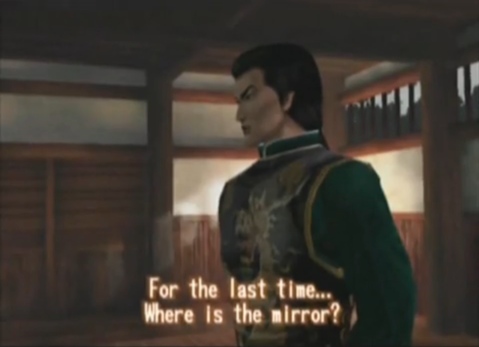 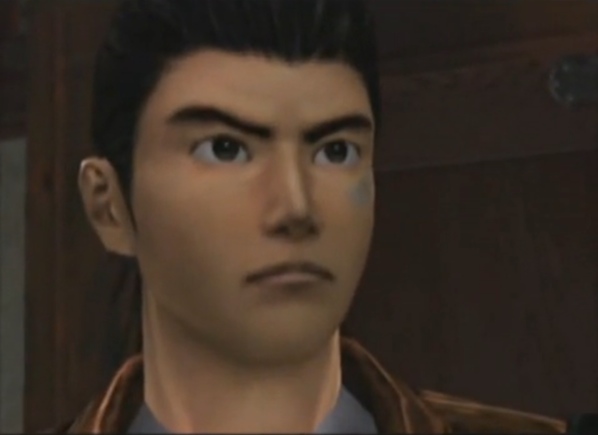 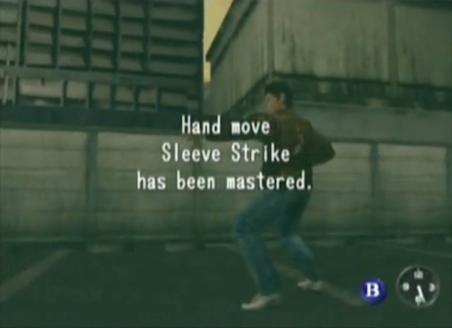 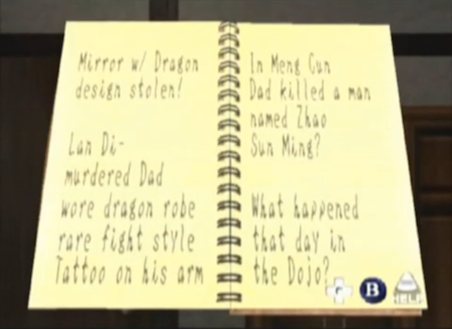 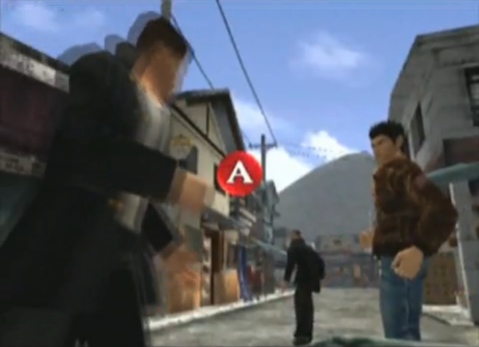 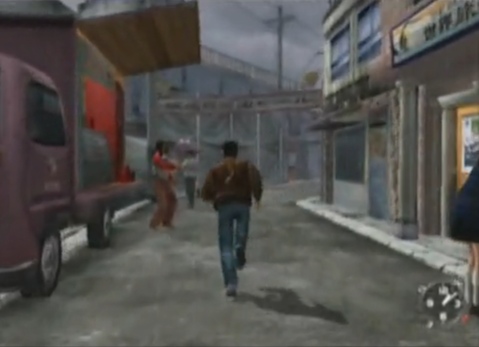 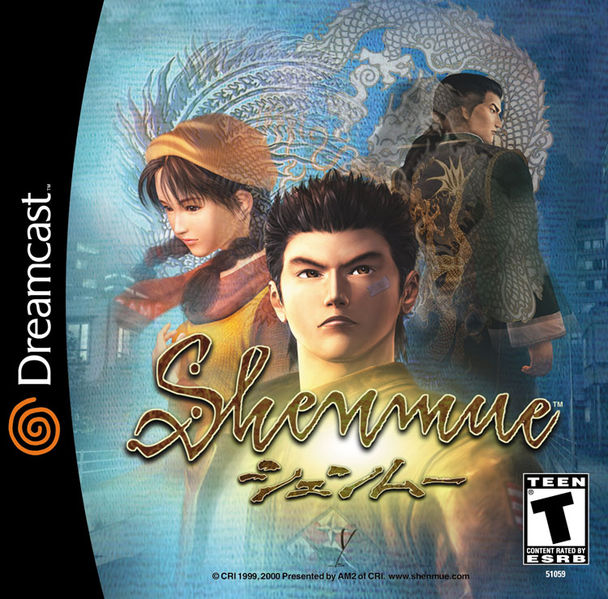 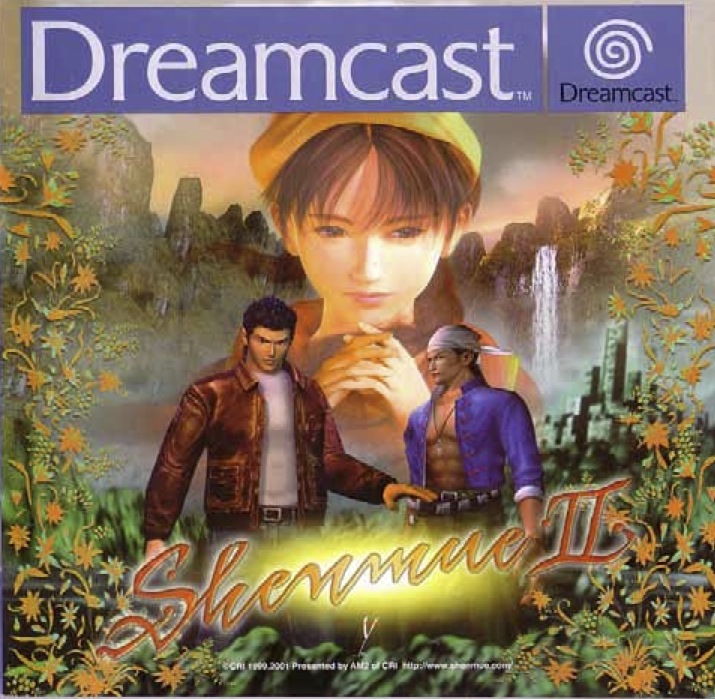