Pressing up on the pad pushed your engines to a high pitch. I remember thinking I was on some secret mission and had to get to the end...thinking there was an end. Slowing down and taking it slow gave me the illusion of one life, my only life to fight and kill as many of the enemy as possible. The imagination of a child aged under 8 made this game something more than life. Sure, there were the typical space shooters and rudimentary adventure games, but this provided me with a digital vision of things I saw in early military movies.

The game consists of a single aircraft flying down a changing river landscape and shooting at various targets while trying to maintain a fuel tank. Enemies consisted primarily of battleships, helicopters, and enemy planes that scrolled across the entire screen. More enemies were introduced in subsequent ports, such as balloons and helicopters that shot at your plane.

The first version on the Atari was not all that difficult until you passed about the 50k score mark, which is when fuel tanks became more scarce and the river became a bit narrower. Overall the Atari 2600 is the easiest version of the game. Even controller wise it doesn't get any simpler. However I found it to be less responsive than in some of the later versions such as the Colecovision. (Let's get a high score contest going! That's my high score on the 2600 in the screen shot above.)

River Raid made it to the Colecovision in 1984, with the more difficult enemies I mentioned earlier, and a far more difficult river system (that in my opinion made the game the best in the series). Here we have enemies on shore (tanks) and helicopters, all of which shoot at you. The environment also hosted a few items on the shore for decoration. The game didn't change much at all with the exception of a greater color palette on systems like the Atari 5200 and Commodore 64.

Every port held true to the original 2600 version -- each building on the technologies of the varying systems. I encourage you to pick your classic gaming system of choice and boot this one up. Don't stop after dying a few times. The more you play the better you will get and before you know it you'll be hooked!

There is a strange fact I discovered while writing this article. I'm not sure if it's 100% true or not, given that it was on Wikipedia, but apparently there was a major controversy in Germany over River Raid:

River Raid was especially popular in Germany, as it was the first video game to be put on the Index by the Bundesprüfstelle für jugendgefährdende Schriften (Federal Department for Writings Harmful to Young Persons; today Bundesprüfstelle für jugendgefährdende Medien, Federal Department for Media Harmful to Young Persons in German).

In the explanatory statement for indexation on December 19, 1984 it is written: 'Minors are intended to delve into the role of an uncompromising fighter and agent of annihilation (...). It provides children with a paramilitaristic education (...). With older minors, playing leads (...) to physical cramps, anger, aggressiveness, erratic thinking (...) and headaches.' (BPjS-Aktuell Heft 2/84)

River Raid remained indexed as harmful to minors until 2002 when a publisher successfully lobbied to remove the game from the index, in order to rerelease it in the Activision Anthology for the PlayStation 2. In a sign of how views had changed since 1984, the anthology was rated 'Free for all ages' by the 'Unterhaltungssoftware Selbstkontrolle.' [Source]

Were you around when River Raid came out? If not, how does it feel trying it without having lived through the time? Do you think the game holds up today? And what is your high score? Let us know in the comments. 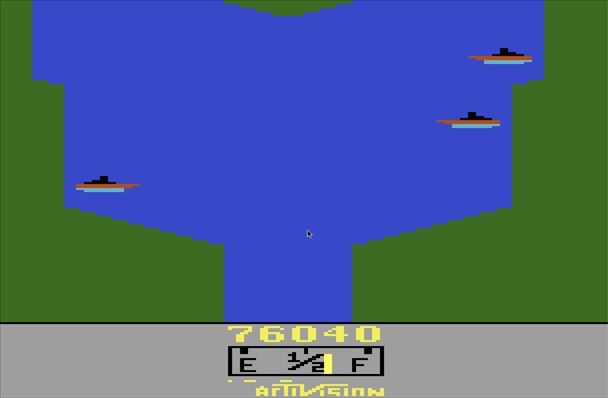 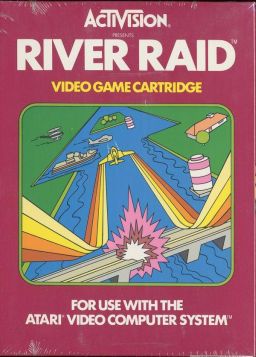