Pixelcade on Thursday, 24 March 2011. Posted in Retro Game of the Week

The year was 1983.  A little Pixelcade turned 4 and was given for his birthday a brand new ColecoVision!

It was already a year into its lifecycle, and I was very little, but I knew this was something special. Atari, Intellivision and Odyssey were constants in my life from friends and older cousins, but this was MINE! My first gaming system to have, hold, and forge memories on. But what was ColecoVision? And who was its manufacturer, Coleco Industries?

Editor's Note: The ColecoVision came and went before I was born, so retrospectives like this are my only means of understanding the appeal of the oft-ignored console. Check out Pixelcade's fond memories of a machine that outclassed the Atari 2600 in everything except popularity and sales figures -- sadly, the two most important areas. -mossy_11

A little Pixelcade turned 4 and was given for his birthday a brand new ColecoVision!

It was already a year into its lifecycle, and I was very little, but I knew this was something special. Atari, Intellivision and Odyssey were constants in my life from friends and older cousins, but this was MINE! My first gaming system to have, hold, and forge memories on. But what was ColecoVision? And who was its manufacturer, Coleco Industries?

It was more than a video-game hardware company -- Coleco would go on to massive toy success spawning an American icon and then fall into oblivion with ultimate computer failure. But the ride in-between would be outrageous.

So what made this iconic, odd-looking console a success? 4 words: Licensed pack-in Donkey Kong. This game brought home the arcade graphics in a way that had never been done before, and wouldn't be matched until the NES about 3 years later. I recall plugging it in and thinking, WOW! My aunt doesn't have to bring me to the arcade to play this anymore! I can play it in the comfort of my own house with friends! This pack in shoved Coleco to sales over 500,000 in its first Christmas year of 1982. The licensing of arcade ports is what pushed this system above the many others that were on the market at the time.

The licensing alone wouldn't help sell the system, as we all know. But games that were ported from other systems turned out far superior than their other-system counterparts. A prime example here is one of my favorite games, River Raid. The game featured stunning graphics, sound, and some tough challenges. I recall sitting in my living room while my step-dad complained the game was starting. I was, as we all have been, "IN-THE-ZONE" -- flying my jet down the winding river avoiding obstacles and enemy fire. My mind ablaze, minutes and seconds seemed like hours as my score inched higher and higher!! My pulse ran as I took a brief fraction of a second to look down at my score -- I was over 80,000.

Then I hear THUNK. Someone had unplugged the brick of a power supply and let it fall to the ground all 4 inches down. (More on that power adapter later.)

I would love to show you my own personal CV system, but it's been loved to the point of it being nothing more than a black rectangle with some odd looking box controllers that have the buttons worn down. So I've shown you the one owned by an online friend of mine, Dave the Video Game Critic.

Speaking of controllers, this one featured an odd design -- similar to the Intellivision. Note the vertical design and almost phone-pad-like numbers on it. Twin buttons that did the same thing on the sides and a round circle joystick. I can still recall the hand cramps from long sessions of River Raid, Frenzy, and Space Fury. Just writing this makes my wrists ache with muscle memory.

Frenzy was basically a sequel to Robotron. I would start a game and keep going and going, thinking that one screen would be the last. Not knowing at the time it never ended, my heart would pound as I entered screen after screen. The little nubbin of a joystick frustrating me time after time as I tried to bank diagonal shots off mirrors through holes I made in the wall, only to walk into an enemy laser or get stuck for a brief moment as the robots defended on me. Worst of all was the smily robot that would turn to a frown as you shot it, only to return faster and faster each time. Meanwhile, your score pushed up and up and up!

The other really notable thing about this wonderful system was the power supply. It is literally the size of a typical brick. No joke, no lies -- it is huge, and weighs about as much as an actual brick. If you did not have a lower plug available you were not playing the ColecoVision. Remember how my step-dad let it fall from the wall socket? Well, the thud it made had my mom in the next room ask if everyone was okay. She remembers hearing it be unplugged, or unplugging it herself, fondly, and still asks me why it was so big.

A non-existent priority BIOS meant that other companies could develop for the system freely, without going through the licensing process, which resulted in a lot of terrible games being released. (The NES ushered in the priority BIOS after the huge crash of '83.) However, if you combine this with the expansion slots that would give the ColecoVision an Atari 2600 add-on, it gave the system the most games to date out of any system on the market.

What would you rather have: A graphics powerhouse that had its own lineup of games plus the entire Atari 2600 catalog, or an Atari 5200 or 2600? The ColecoVision featured expansion slots that gave it a steering wheel that came with a pack-in game called Turbo and, as I mentioned before, an Atari add-on. We also saw a trackball controller for blasting those pesky centipedes that loved to invade your mushroom patches.

For you ROM lovers a complete rom dump is very easy to find and not very big at all. It runs outstandingly using Mugrat by Richard Bannister. The story of Coleco doesn't stop here, though. We could go on to look at the creation and marketing success that was the Cabbage Patch Kid, the table-top mini arcade games, and the Atari rip-off rip off system they produced -- all without a lawsuit due to rules and regulations of the time -- to their death with the Adam computer. But those are topics for another day.

I highly advise you nab some ROMs like River Raid, Zaxxon, Spy Hunter, and the other games mentioned in the article. Play them and pretend it's 1982-1984, and look at the other ports. While I still emulate the system from time to time I prefer to play my old system. I have it hooked up to a HD TV, and it looks worse than it did back in the day -- but stereo sound makes it shine. Now that krrrr of a crashing jet or a blip shot in Space Fury really put you into the nostalgia that only this system can bring back.
It seems everyone had an Atari except me; I had Coleco. I would like to think that it impacted upon my expectations of future systems, in terms of quality and gaming. For me the system never died. Sure, there's not much homebrew out there for it. But if you look hard enough, you'll find some of us riding the great Coleco train into the sunset -- dragging that brick behind us as a memory of a greater, simpler time. 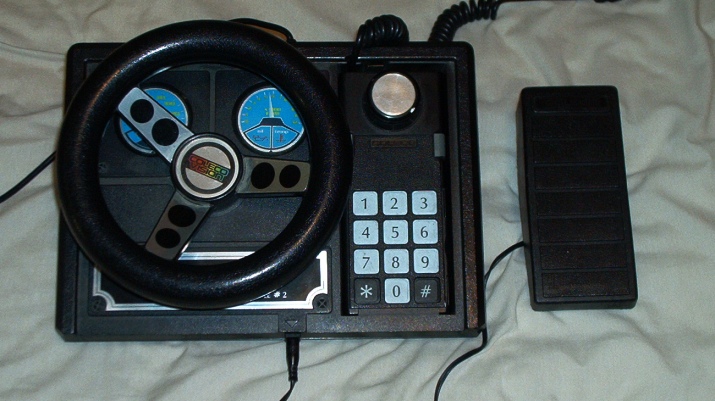 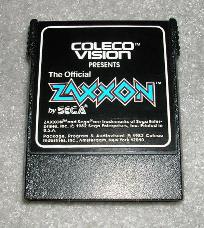 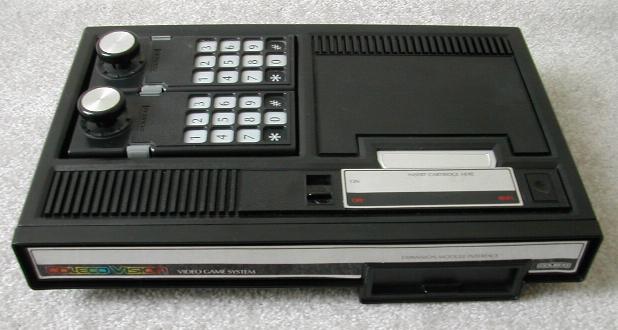